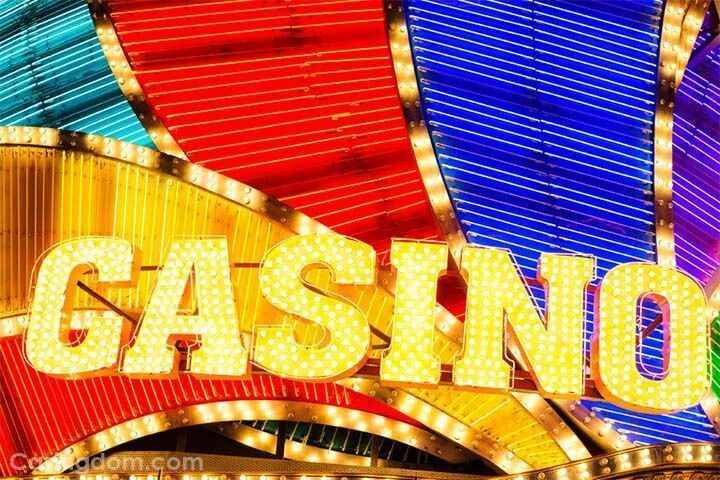 In the past several years, we’ve seen the rise of online casinos, otherwise known as virtual casinos. Sometimes, they are online versions of the traditional casino (some land-based casinos have online versions as well), but more often than not, they are separate gambling sites. The main reason why online gambling and casinos are getting more and more popular is technology. 2014 was a pivotal year, the first one in which mobile platforms overtook desktops in total internet usage in the United States. And with the development of mobile phones and apps, online casinos are reaping the benefits. And then there is the simple fact that payback percentages and odds are higher than land-based casinos. But back to the advancement of technology and online gambling. The United States are one of the leading countries. Just to get a sense how big this industry is, some experts estimate that mobile gambling top $100 billion by 2017, and that by 2018, more than 164 million people worldwide will use mobile devices for online gambling.

The rise of smartphone technology makes it easier for users to play online casino games on their mobile phones. You can play the game without downloading any software, and without the need of being in front of a computer. Online casinos have cashed in on the opportunity by developing technology that makes gambling straightforward, and offer free games and bonuses exclusive for mobile users. 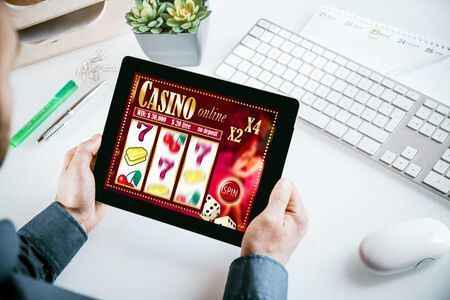 Online casinos are reaping the benefits of the development of smart phones, tablets and apps.

Online casinos and online gambling can be divided into two groups: web based, and download only. That all depends on the interface of the casino, and sometimes, casinos offer both interfaces.
Web based online casinos are known as flash casinos. They are websites where you can play games without downloading any software. Games are developed thanks to browser plugins like Flash, Java, and Shockwave. Your browser has to support the software in order for you play it. Also, you’ll need bandwidth to play games, since graphics, sounds, and animations are loaded through the plugin. Note: Apple devices cannot be used for Flash games since they do not support the technology.

Download only casinos, on the other hand, require you to do download the software. After you download the software, you can play the game you like. One thing that these casinos have over web-based is speed. As a general rule of thumb, download based casinos run faster because the graphics and sounds are cached by the client.

The United Kingdom is one of the few countries in Europe where online gambling is legal. Yes, casinos have to obtain a license, but at least there is a way casinos to cater to British citizens. And that is one of the reasons why Britain is among the leading countries in online gambling. In 2014, the British government put another law in addition to the original 2005 Gambling Law. According to the Gambling Act of 2014, offshore online gambling operators need a UK license in order to cater to UK citizens. Operators pay 15% tax in order to get the license. In order to see how popular gambling industry is in the United Kingdom, let’s take a look at the numbers:

We also have to note few things related to the United Kingdom. The number of betting shops decreased by 1.9% from 2015 to 2016. While it is not a large number, it still shows a trend of people opting for online casinos in favor of traditional and land based casinos. The number of B2 machines in betting shops also decreased by 0.5%. While there is still a large number of machines (34,704), we are moving forward to online and digital world.
Britain’s citizens are also some of the wealthiest in the world. If you look at the GDP per capita statistics, Britain is ranked No.13 by International Monetary Fund at $43,902. That is a lot of money floating around that can be used for gambling.

By 2018 more than 164 million people worldwide will use mobile devices for online gambling.

Casinos in Germany are not allowed to operate online. There are many legal casinos in the country, but they are not allowed to operate online. Also, there are no online casinos hosted in the country. The only casinos that are hosted by Germany company, are those that were licensed by the Schleswig-Holstein before the federal ban. The first such casino was launched in 2013. However, there are a number of foreign online casinos that offer services in German. Yes, they are hosted elsewhere. In total, there are 182 German online casinos that accept Euros and US Dollars as wagers, and offer gameplay in both German and English languages.

As for the legislation, German Online Casino Legislative, promulgated in 2012, is often described as complex matter. The European Commission asked Germany what steps the country intends to take to eliminate the sports-betting monopoly operated by state-owned Oddset. To put that in perspective, it is not that the European Commission wants to make online gambling illegal. No, in fact, the purpose is to allow other players to join the market, and make the online gambling market in Germany free for competitors. With that, we might even see rise in popularity of gambling in Germany.

And according to market research figures, Germany is one of the top markets for online casino and mobile casino gaming. The market has seen an unexpected and accelerated growth in the past few years. Revenue doubled in 2015, and it will go up from there. The main reason for that, according to online-casino.de is the number of smartphones increasing by 30% in EU countries. And all EU countries have crossed the 50% penetration mark of smartphone and tablet usage.

Like in many other European countries, Swedish gambling scene is held in the grips of the official state monopoly. Online gambling is illegal in Sweden, allowing the country to run an official state monopoly. Svenska Spel controls all forms of gambling, including lottery and online casinos. However, like in other countries, citizens find a way to gamble. And that is what makes things interesting.

According to Svenska Spel, there are around 250 online Swedish casinos. But they are hosted outside Sweden, and are not controlled by the state monopoly. In 1997, the two major lotteries in Sweden merged and formed Swenska Spel. And similar as in Germany, where the government controls everything and there is no competition, Sweden is also under pressure from the EU to open the market. Every now and then, the government hints at possible selling of the Svenska Spel company. However, that is not the case.

And as we can according to the statistics, offshore gambling companies are on the rise. Sweden citizens find it more and more easy to gamble outside of the state’s borders. The gaming revenue is also on the rise for offshore companies. For comparison, from 2010 to 2014, the gaming revenue for Svenska Spel is on freefall.

According to gambling capital h2gc.com, Finland is the fifth biggest gambling market in the world. And almost one third of that market falls to online gambling. Per statistics, losses per adult in Finland are $553, almost as much as in Canada. Being part of the European Union, Finland’s gaming monopolies are subject to political pressure since 2006.

At the moment, there are only three entities in Finland that can offer official and legal gambling services. The first one is RAY, the provider for brick and mortar gambling, or traditional land-based gambling sites. RAY has monopoly over land-based casinos, but also slot machines and table games. Fintoto Oy is responsible for horse racing, while Veikkaus Oy is responsible for the lottery and sports betting.

However, foreign gambling sites happily accept customers from Finland. In theory, they are forbidden to offer services to citizens in Finland, but they do accept money. There are no legal mechanisms in Finland to censor foreign websites or block financial transactions. And when Finland is among the top 20 countries in GDB per capita, you know there is money to throw around.

Additionally, there is no criminal code in Finland that outlaws “the act of placing a bet with an unlicensed operator”. In other terms, Finland’s government cannot prevent foreign and offshore companies to offer gambling services to Finland citizens. 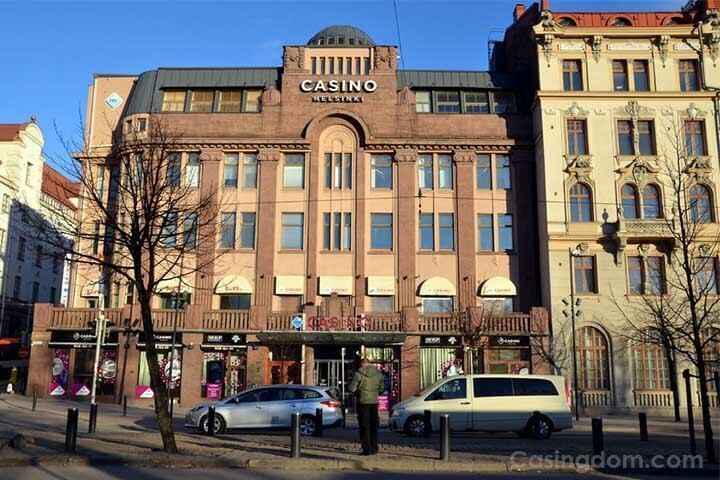 The best way to describe the current online gambling situation in Norway is the following: the law says one thing, the people practice another. If you go by the rules in Norway, online casinos and online gambling are very much forbidden. Norway has some of the strictest anti-gambling laws in Europe. In addition, unlike Finland and Sweden, Norway is not part of the EU, and is not subject to the pressure by the EU to loosen the grip on state-controlled monopoly.

There are only two licensed betting sites in Norway, and both suffer from the same problem: poor game selection and poor odds. They are:

Let’s talk about the current legal situation in Norway. For starters, all forms of gambling are considered illegal in Norway. The only legal games are heavily regulated by the state. All comes down to the “Totalisator act”, which was first established in 1927. Back then, the act had one goal, to regulate horse racing betting in Norway. By the act, Norsk Riskoto, one of two legal sites, was given sole power for horse betting in the country. And then in 1992, Norway promulgated the Gaming Act, giving Norsk Tipping monopoly over lottery, games, and sports betting. In 2008, the country made it illegal for citizens to play and bet at foreign gambling sites. That law has yet to be enforced.

And that brings us to the current situation in the country, where people play poker at Norsk Tipping, but the reality is not as dire as betting sites would like to believe. People are playing at offshore gaming sites, and business is as good as ever. In fact, according to stats published by h2gc.com in 2012, Norway was the eight leading country in the world in gambling loses. The losses estimated at $448 per adult, placing Norway behind Finland, Italy, and Ireland as only other European countries. We must note that those stats include total gambling loss, not just online loss.

Many offshore bookmakers, poker websites, and even online casinos accept Norwegian customers. Why shouldn’t they? After all, Norwegians have money, and they are willing to spend it.

Why are Online Casinos popular?

There has been a discussion regarding online or traditional casinos for quite few years now. And the more technology advances, and the more development improves, the more online casinos are gaining ground. Yes, high rollers will always prefer traditional casino, just because of the treatment they get there. When you spend more than $1 million in one night, you want to be treated like a VIP guest, and that is something online casinos will never offer. However, online casinos are way more appealing to the average Joe, someone who spends $200 to $300 on gambling. And for the regulars people out there, online casinos have way more advantages. Here are some: 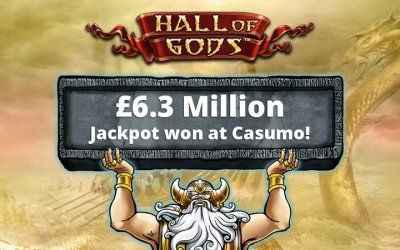 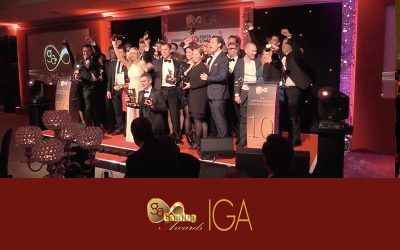 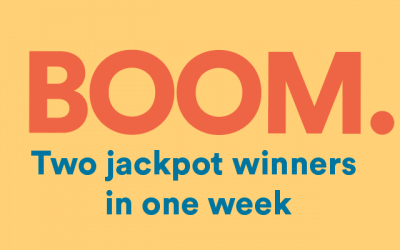 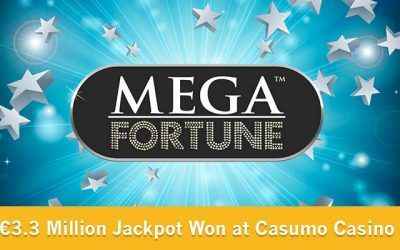