Fire Queen is a video slot game that was first released by WMS in 2014. The game was an instant hit and is still a top choice for many players at online casinos today. The game immediately attracts attention due to the unique reel layout and players will quickly earn of other game features that can lead to some great real money wins. With Fire Queen slot, players will be drawn into the action and will find this game to be very rewarding and will offer hours of slot entertainment.

Fire Queen slot can be played for free as well as for real money, so players will always be in control of their casino budget when they are playing. The game is offered on desktops, Macs and mobile devices, so it can be enjoyed by players using any operating device. With easy access and simple game controls the overwhelming initial appearance of the game quickly disappears as soon as players take a few spins.

Instead of presenting the game in a standard payout using five basic reels, WMS has taken a different approach. This game offers 100 paylines that are found on a reel layout of 4-4-6-6-6. This means that the first two sets of reels have four symbols and the others contain six symbols. The game offers a pay table so that players can see the overall structure, which can be a bit confusing. The two sets of reels at the left side of the screen actually contain 8 reels. The top square will be reels 1 through 4 and the bottom set are reels 5 through 9. The three remaining reels of six icons will be called reels 9, 10 and 11.

Fire Queen slot is a unique game and it surely stands out from other video slots players would see online. WMS has done a great job with the design of the game and with a fire theme and some great rewards, this game is one that is appealing to many players. The theme of the game is rather basis, though WMS has used some bold graphics and symbols to depict the theme well. As the reels spin, players will see them set on a background that appears to be inside a castle, overlooking a beautiful moonscape.

When the free spin bonus round is triggered, the appearance of the game changes. The reels stay in the am positions, but the Fire Queen will appear to the left of the screen and the colors turn to mostly red. The symbols in the game are bold and well designed and there are some basic animations that are used when winning combinations are created. The main symbols that are used in the game include a purple pendant, flower, flaming horse, red potion, ring, a phoenix and a candle. There is also the wild symbol, which is the Fire Queen, as well as the crystal ball, which stands for the game scatter.

Since the layout of this game can be a bit confusing to new players, it may be best to start by playing the game in a free mode. Most online casinos that support Fire Queen will offer the chance to play for free. This is a great way to learn how the paylines and the reels work and to also learn the different symbols and bonus features that are offered in the game.

When players are ready to start spinning for the chance to win real money, thy will start by selecting a coin denomination. The game is set at 100 paylines and there is no way to control that. However, players can alter the total bet by choosing from the supported denominations. Each bet amount represents two paylines, so the lowest wager to play all 100 paylines is $0.50 per spin.

This game does not feature a Max Bet button and there is no auto play, so players will have to manually spin the reels each time. With some great betting options, the game will fit nicely into most real money casino budgets, supporting bets from $0.50 to $100 per spin. As soon as players have chosen how much they wish to wager, they will click on the Spin button and the reels will spin. Any wins that are created will automatically be credited to the game.

Unfortunately, Fire Queen slot is not a progressive slot game, so all payouts are based on the provided pay table. The payouts that are generated when playing Fire Queen will vary based on the total bet amount that has been selected by the player. The pay table can easily be accessed at any time, allowing players to learn which symbols will offer what payouts. The smallest wins on eth game are created with the standard playing card icons, which include 10, J, Q, K and A. These will offer payouts when three or more appear on a payline.

There are some larger rewards that can be obtained with three or more candles, red potions or red rings. These payouts will range from 5x to 100x the bet amount. The top payouts in the game come from five major symbols. These include a purple pendant and a flower, both offering rewards of 5x to 125x. The flaming horse pays 10x to 150x while the phoenix offers 20x to 300x the bet. The top paying icon is the Fire Queen and she will offer 25x to 400x the bet amount. 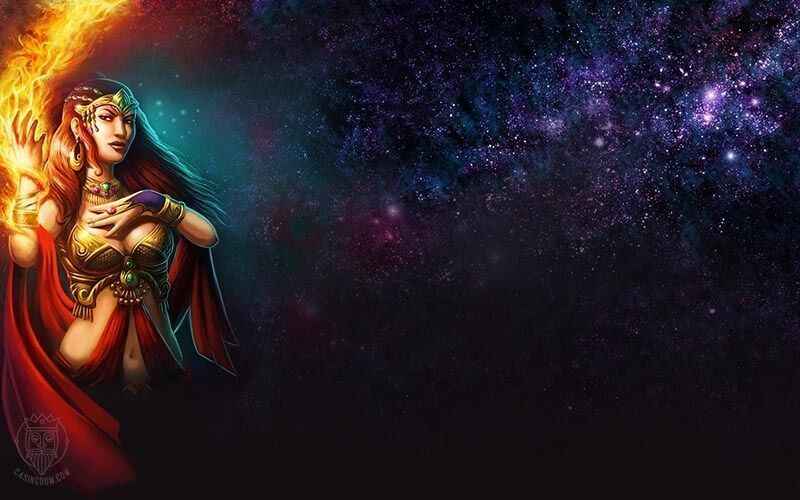 With this game layout, it is possible for players to get multiple winning combinations from a single spin, making the overall payouts even higher. However, there is a limit as to the highest amount that can be collected on a single win, and that is 250,000.

Fire Queen slot is known to be a high variance slot game, so players can expect mostly low paying wins on a regular basis. However, when they do get a combination using higher paying symbols, the reward can be quite stunning, which is why many players will opt to take a risk with the game. The key to achieving substantial wins with the game is to get multiple wilds in a single spin. The free spin bonus round can also lead to some nice wins, especially if players are able to get 20 free spins instead of the five that are usually presented.

With the Fire Queen slot, players will enjoy a basic bonus feature in the form of a free spin round. However this bonus is triggered in two different ways, offering more chances for players to trigger the feature and collect payouts. The first way to trigger the free spins is to match four symbols on the 2×2 reels. This will offer 5 free spins. However, if there is a mystic ball on reels 9, 10 and 11, 5 spins are also won.

If players are able to match the four symbols and get the mystic balls at the same time, the number of free spins will be increased from 5 to 20. There will also be a 100x instant payout offered. To increase overall payouts and enhance the game, all matching symbols on reels 1 to 4 or 5 to 8 will remain frozen in place for all free spins, so there are some great chances to create stellar winning combinations here.

During the free spin round, it is possible to get a Fire Queen wild. When this happens in a column, the column will transfer to the other reel in the same position So, if the wild is on reel 1, it will transfer to reel 5. Players can get even more free spins if they bet the 3 mystic balls on reels 9, 10 and 11. 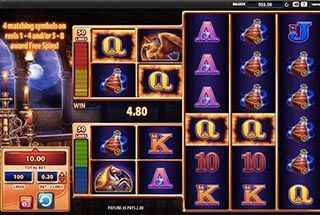 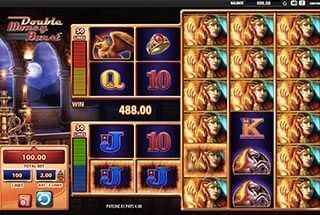 Fire Queen slot is a game that can surely deliver some slit excitement. The layout of the game may at first appear confusing to new players, but after a few spins, they will learn how these reels work and will find the game to offer some impressive payouts. This game may not offer the chance to win any progressive jackpot, but the free spin round can be quite lucrative and the base game payouts are decent. Overall, Fire Queen is a game that can be enjoyed by players with any sized casino budget and it is a game that can offer some nice returns with an RTP of 96%.